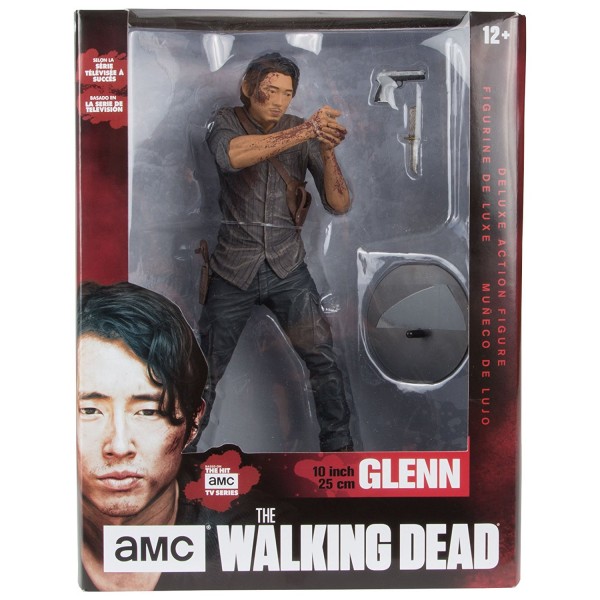 AMC’s The Walking Dead© television series is the most watched drama in basic cable history, shattering records along the way! Season 7 finds Rick and the other survivors in the crosshairs of one of the most ruthless enemies they have ever encountered. McFarlane Toys is sitting shotgun for the ride with more amazingly-detailed action figures from AMC’s The Walking Dead.

Glenn Rhee, with his uncanny ability to move in and out of perilous situations, has become Rick’s “go-to-town” expert. Throughout the apocalypse Glenn has proven himself a vital cog to the survival of the original Atlanta group. Though brave and selfless, he often finds himself in situations that could spell his own end.